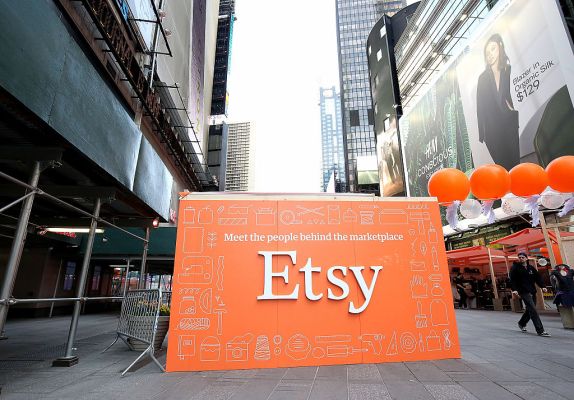 Etsy is is launching a new image search feature that is designed to help users find what they’re looking for faster. Up until now, the only way to search on Etsy was through keywords. Now, users on iOS can tap the new camera icon in the search bar and upload or take a photo, after which Etsy will surface items that are visually similar to the image the user shared. Etsy didn’t say when it plans to launch the feature on Android, but TechCrunch has reached out to learn more.

The company says the new feature aims to help users discover items when have trouble finding the right words to define a specific product. For example, say you’re looking for a mug in your favorite color, but don’t know how to describe the exact shade you want. Or, you see a unique piece of furniture and want to find a small business that can hand make something similar for you. The new image search feature should help you find what you’re looking for in instances like these.

“With more than 100 million items in our marketplace, odds are that if you can dream it – or snap a photo of it – you’ll find something you love on Etsy,” the company said in a blog post. “We’re always investing in our marketplace to make it easier for sellers to grow their businesses. We’re excited for this new, innovative feature to make it easier for sellers to get discovered and connect with our built-in base of nearly 90 million buyers around the world.”

Etsy says the new feature was developed as part of CodeMosaic, which is an annual Etsy Hackathon that gives engineers opportunities to try out new skills while building creative solutions.

The launch of Etsy’s new feature comes as platforms like Google and Pinterest have had image search capabilities for quite some time now. Google recently added updates to its multisearch feature that lets users combine a photo and text to craft custom searches, initially around shopping. The search giant also added its Lens image search right into its home page this week, letting users access the advanced image recognition tool directly from the search box.

Etsy released its third quarter earnings on Wednesday and reported a revenue bump of 11.7% over the same quarter of 2021 to $594.5 million. The bump was likely partially due to the platform’s increased transaction fee from 5% to 6.5%. The change saw sellers go on strike earlier this year after the fee increase was announced. Etsy had noted on its website that the increased fee supported its plans to make “significant investments in marketing, seller tools and creating a world-class customer experience.”